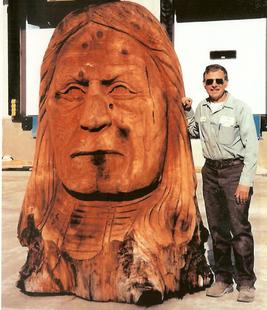 The History of ED-WAY Erectors


ED-WAY Erectors was founded by Russell O. Tietsworth.  In 1968, after spending a few months with Artco Corporation,  fabricating and then designing material storage rack systems, Russ decided he enjoyed field work rather than desk work.  With a 1960’s station wagon as a work truck and a few hand tools, he started installing rack for Artco.  He also built pre-fab metal buildings and worked with his brother, Alvin doing excavation work.  This eventual lend him to register the ED-WAY name on November 25, 1969 while living in Furlong, PA, just outside Philadelphia.  The name was derived from his two eldest sons at the time, Edwin and Dwayne.   As his experience in the material handling field expanded so did the type of work he preformed.  He began installing dock equipment and other material that related to the field.  He also serviced equipment and enjoyed the challenge of troubleshooting malfunctioning equipment.  From 1969 to 1978, he continued in the material handling business moving to North Carolina for a few years, then returning to the area he grew up in Hegins, PA.  Being from a carpentry background, he built around a dozen houses in the late 70’s and early 80’s when the material handling work was slow.  In the mid to late 80’s he started installing specialty roll-up doors and developed a “hydraulic conversion kit” for worn out mechanical dock levelers.  Russ thoroughly enjoyed designing hydraulic systems to convert old dock levelers to work like new levelers and any project that presented a challenge.  In the mid 90’s his son, Tim started to work in the business with him followed by his other son, Dwayne in the late 90’s.  In March of 1999 Russ was diagnosed with Amyotrophic Lateral Sclerosis (ALS) or Lou Gehrig’s disease.  He retired from ED-WAY Erectors in May of 1999, selling the business to his two sons Dwayne and Tim, who at that time incorporated the business.  Russell still enjoyed problem solving, assisting his sons with job advice and building his own projects.  In January of 2002, Russell passed from his illness.  Up to the end he continued to help others in anyway he could.  His sons are continuing to carry on the family business.